Bud Light and Grammy-nominated artist Post Malone debuted a new limited-edition merch collection available nationwide on Monday, August 5, 2019 exclusively on PostMalone.com. The premium, unisex streetwear line takes equal inspiration from some of Post’s favorite things as well as Bud Light’s heritage to create a one-of-a-kind collection that will bring fans closer to Post Malone and Bud Light than ever before. 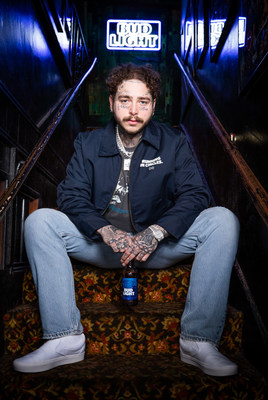 “It’s cool to be able to grow my relationship with Bud Light and collaborate on a merch collection with them. Feels good to give the fans something that represents a good-a** time,” said Post Malone.

Reminiscent of Post’s personal style, which blurs the lines between world-weariness and self- confidence, Post along with his creative team, Travis Brothers and Brian Vera, designed an interchangeable mix of clothing and accessories. The collection, all priced between $10 and $250, draws inspiration from Post Malone’s distinct tattoos, Americana and his favorite light-lager, Bud Light, with notes from his upcoming album cover art and unreleased lyrics on select pieces.

“Post has such a unique style. He’s an artist who is truly comfortable with himself and that’s one of the many reasons so many people love him,” said Shana Barry, Director of Experiential for Bud Light. “We have always thought about launching a merch collection but doing it with an artist that we’ve watched grow over the years makes it so much more special. We love that Post and his team were able to take some classic and iconic Bud Light imagery and infuse it into the collection that we hope people love.”

To kick-off the launch, Bud Light is hosting a New York City-based pop up shop for two-days only – Sunday, August 4th from 2-8PM and Monday, August 5th from 3-7PM at 89 Crosby Street, New York, NY 10012. The space is designed in conjunction with Post Malone and Virtue, the agency born from VICE, will be the only place to purchase the collection before it drops online.

Following the pop-up activation, NYC fans have the chance to catch Post Malone perform on Bud Light’s Dive Bar Tour stage where he will return for an intimate show for fans and will announce when the full merch collection will be available online at shop.postmalone.com.

About Bud Light
Introduced in 1982, Bud Light is a premium light lager with a superior drinkability that has made it the best-selling and most popular beer in the United States. Bud Light is brewed using a blend of premium aroma hop varieties, both American-grown and imported, and a combination of barley malts and rice. The light-bodied beer features a fresh, clean and subtle hop aroma, delicate malt sweetness and a crisp finish that delivers the ultimate refreshment. For more information, visit www.BudLight.com.

About Post Malone:
Post Malone stirs a mix of genres into his own sonic sound that’s both intoxicating and invigorating. His RIAA 3x Platinum certified debut album, Stoney, led the genre-bending Dallas, TX artist to his first Top 10 Billboard 200 and first #1 R&B/Hip-Hop Album while being the “#1 Debut Hip-Hop Artist of 2016”. 2019 has been packed with one milestone and achievement after another for Post Malone. “Congratulations” has been certified Diamond by the RIAA. According to Nielsen Music, his second full-length, Beerbongs & Bentleys, emerges on the Mid-Year Top 10 Albums (Based on Overall Equivalent Album Units) and he earns two entries on the Mid-Year Top 10 Selling Digital Songs, namely “Sunflower (Spider-Man: Into the Spider-Verse)” with Swae Lee at #3 and “wow.” at #6. “Sunflower” also lands at #2 among the Top 10 On-Demand Song Streams (Audio and Video Combined) and Mid-Year Top 10 On-Demand Audio Streams as “wow” sits at #7 on both charts. 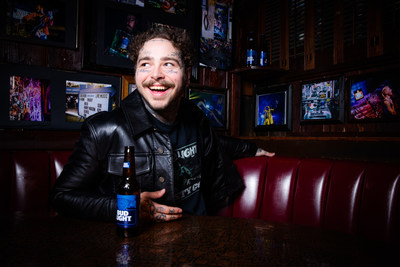 ‘jeen-yuhs: A Kanye Trilogy’ Will Hit Theaters Before Netflix Debut

NatGeo Launches New Podcast ‘Into the Depths’ on Jan 27

Akon Intends to Release Next Album As An NFT

NatGeo Launches New Podcast ‘Into the Depths’ on Jan 27

Akon Intends to Release Next Album As An NFT

‘jeen-yuhs: A Kanye Trilogy’ Will Hit Theaters Before Netflix Debut